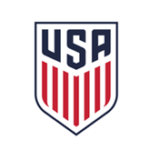 As the governing body of soccer in all its forms in the United States, U.S. Soccer has played an integral part in charting the course for the sport in the USA for more than a century. Over the past thirty years, soccer in the US has evolved significantly under the Federation’s guidance. The men’s team have become regular participants at the FIFA World Cup, reaching the quarter finals in 2002. US Soccer have become a world leader in women’s soccer at every level, and the U.S. WNT has won three FIFA Women’s World Cups and four Olympic Gold Medals.