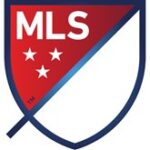 Major League Soccer is the top-flight professional soccer league in the United States and Canada and began play in 1996, shortly after the U.S. hosted the 1994 FIFA World Cup. After celebrating its 25th season in 2020, MLS continues to grow at an explosive rate as the league features record-breaking attendance and consumption as well as an influx of dynamic players. MLS has doubled in size during the past decade and now has 27 clubs throughout the United States and Canada, with the scope to expand even further