IN THE EYES OF THE INVESTOR: HOW TO BUY A FOOTBALL CLUB

We have quite possibly witnessed the most expensive week in football as Club World Cup holders Chelsea and Serie A champions AC Milan finalised sales to US investment groups in deals worth a reported £4.25bn and $1.3bn respectively.

It would be fair to say that such deals – in whatever guise they may take – have dominated the football news agenda this season.

English side Newcastle United, Spanish outfit Real Zaragoza and Italian team Lecce have gone before Chelsea and AC Milan this season, while several other clubs across Europe look likely to be joining an ever-growing list of teams to welcome new owners.

But what are buyers of clubs looking for in the market?

To fully appreciate an investor’s strategic plan, one must first understand what is the objective of the purchase, what the vision and goals are and how this will be achieved.

The interest from investors in teams inevitably accelerates towards the end of a season as a club’s league and European competition status is determined and strategy for the next campaign is put into action.

Although negotiations related to the valuation of an asset take time, there can be a few culture shocks to an investor with little or no experience in football.

Firstly, there is the small factor of promotion and relegation.

Both have a huge impact on club revenues, yet it is a concept that is not universally applied across sports – for investors more accustomed to the closed professional league format popular in the US, the possibility that the club being acquired could be relegated is a risk that undoubtedly hinders the development of a post-acquisition financial plan.

It is not uncommon in modern football for clubs to not be the owners of their stadium either, with actual ownership being owed to a city, region or an external third party providing a long-term lease.

This can be a second culture shock to which an investor also has to be flexible.

Should an investor wish to have an immediate impact upon completion of a purchase, sporting matters such as management, playing style or transfers are among the first aspects to be addressed.

Indicators to the long-term success of an investment when it comes to sporting matters include the academy and training infrastructure.

Players which graduate from an academy are valuable assets who can turn a profit, while professional facilities need to be in place to ensure the next generation of stars develop in an environment where they can thrive.

There will be movements behind the scenes also: investors, and particularly those from the US, will often look to marry a professionalised management model with the sporting and social culture of a club, or in other words, new board members, executives and employees.

However, the biggest concern for investors is how to maximise club revenues beyond TV rights such as sponsorship, merchandise and matchday income.

Investors will audit the traditional revenue streams to get a healthy understanding of the bigger financial picture, but to also spot opportunities in which they can unleash potential sponsorship and strategic partnerships.

This requires a legal and institutional approach to understand the risk of ending some of the contracts which may exist in preference of new partners, in addition to due diligence and negotiations.

Furthermore, any investor should have a clear vision as to club’s worldwide appeal – foreign owners are well aware of the power that football can have in reaching untapped markets and growth across regions.

However, ambition for growth abroad should not disregard the lifeblood of a football club: the fans and local community.

Whether owners like it or not, fans are local stakeholders of their club, should that be in a financial or emotionally invested sense, and not paying the correct attention to the local element of a team can lead to a fatal backlash.

Getting the local community and fans onside from the get-go with a clear plan, engagement with the supporter base and an appreciation of the club’s history and values should be a new owner’s first priority – history has not been kind to ownerships who have failed to heed this advice.

Supporters are those who ultimately fill the stadium, and matchday income can be a lucrative source of revenue.

Investors will look to maximise the revenue they can make from matchday income with improved fan experiences, reviews to ticketing structures or merchandise touch points, while the value and potential of the digital fan should not be ignored as online assets and merchandise can be exploited to enhance profit.

With so much going into the purchase of a club, it should be no surprise these deals can take months to complete and require a great deal of work to get over the line.

Football isn’t a traditional investment, but perhaps that is where the appeal has been for so many. 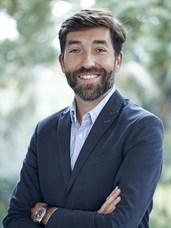