HOW FIFA’S NEW LOAN REGULATIONS WILL TRANSFORM THE TRANSFER MARKET

With domestic seasons across Europe drawing to an end, all eyes will now turn towards the transfer window as clubs look to wheel and deal.

However, teams this summer will no longer be able to operate in a manner they have been previously accustomed to as new regulations related to loan transfers will come into effect from July 1, 2022.

A loan is defined as an international transfer that moves the registration of a player from one association to another on a temporary basis, and despite being a structured deal popular throughout the footballing pyramid, new statutes approved this year on March 30 by the FIFA Council have three clear objectives: develop young players; promote competitive balance and prevent and combat the hoarding of players.

The latest edition of the FIFA Regulations on the Status and Transfer of Players have given us a clear understanding as to how clubs will now need to size their squads and comply to new rules when forming a transfer strategy.

So, what will change?

Perhaps most controversial of all, there will be a limitation on the total number of loans a club may make.

Under new regulations, teams can have a maximum of six professionals loaned out and/or in at any given time during a season, although a transitionary period to ensure a smooth implementation of such regulations will introduce a limit of eight professionals for the 2022/2023 season and one player less for the following campaign prior to a full enactment.

It is vital to note that this general cap does not apply to those who fall into the under-21 category and are club-trained players (both conditions are cumulative).

This cap will come into force as of July 1 2022, without any exception or subject to a transitionary period.

In terms of how these deals are to be structured, and while a written agreement defining the terms of a loan has always been a requirement, it must now include a definitive duration and clear financial conditions – an amendment which aligns with the transparency principle that FIFA is trying to reinforce across all reforms.

Loan deals can run at a minimum of the interval between two registration periods and a maximum of one year, although parties will now be free to extend any loan with a player’s consent without any limit on the number of times it can be extended, but always existing within the aforementioned timeframes.

Finally, sub-loaning or the permanent transfer of a loaned player to a third club will be prohibited.

These regulations are binding at national levels, although FIFA’s member associations have three years (coinciding with the transitional period on the limitation on clubs’ total loans) to adequate their domestic loan regulations in order to be aligned with the abovementioned objectives and principles globally.

It is worth noting there is a degree of flexibility to ensure a smooth implementation of new regulations – loans agreements with a duration of more than one year which predate introduced rules may continue until contractual expiration.

This summer’s transfer window will clearly be one of change, and it will be interesting to see how teams alter their approach to player acquisition.

Squad sizes, youth squad management, caps on the amount of deals teams can make and even player power as to if a loanee wants to return/leave a club early will be at the forefront of how teams begin to operate.

It remains to be seen if FIFA will achieve the objectives it has outlined with such regulations, but one thing is for certain: this summer represents a major shift in how the market will have to strategise transfers, develop players and structure deals.

By Antonio Fernández – Associate of Employment and Sports at Baker McKenzie 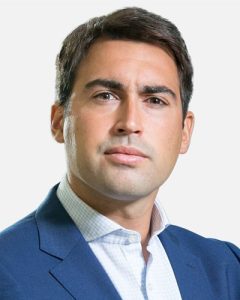